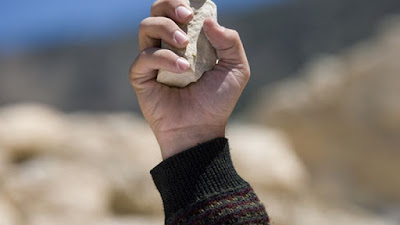 Brunei is to begin imposing death by stoning as a punishment for gay sex and adultery from next week, as part of the country’s highly criticised implementation of sharia law.

From 3 April, people in the tiny south-east Asian kingdom will be subjected to a draconian new penal code, which also includes the amputation of a hand and a foot for the crime of theft. To be convicted, the crimes must be “witnessed by a group of Muslims”.

Brunei, which has adopted a more conservative form of Islam in recent years, first announced in 2013 its intention to introduce sharia law, the Islamic legal system that imposes strict corporal punishments.

It was a directive of the Sultan of Brunei, Hassanal Bolkiah, who is one of the world’s richest leaders and has held the throne since 1967. He described the implementation of the new penal code as “a great achievement”.

Brunei was a British colony until 1984 and the two countries still enjoy strong ties. Homosexuality has been illegal in Brunei since British colonial rule but under the new laws it is now punishable by whipping or death by stoning rather than a prison sentence. Capital punishment will also apply to adultery and rape.

In 2014, Brunei’s promises to implement sharia law prompted protests in Los Angeles, outside the famed Beverley Hills hotel and Hotel Bel Air, both of which were owned by the oil-rich nation. The hotels were accused of the “height of hypocrisy” for offering packages to LGBT couples, while being bankrolled by a country that has condemned homosexuals to death.

Now, the announcement that sharia law is to be rolled out from next week, specifically targeting the gay community, is met with horror by LGBT people and allies. 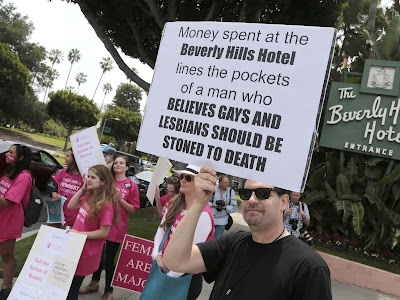 In 2014, there was a big protest in LA against
sharia law implementation in Brunei