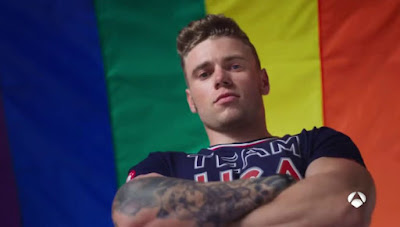 Openly gay skier Gus Kenworthy has taken to his Twitter account to shut down detractors of an LGBT ski event in Colorado.

The picture features skiers carrying the rainbow flag down a slope. Kenworthy also posted screengrabs of some of the most homophobic comments Instagram users have posted below the picture.

He wrote: "Always saddened by the homophobia on Pride posts. If seeing a rainbow flag while you’re on vacation upsets you then please do the world a favor and stay the fuck at home. Thank you to the many ski resorts that designate a week to making more people feel welcomed, included & safe!" 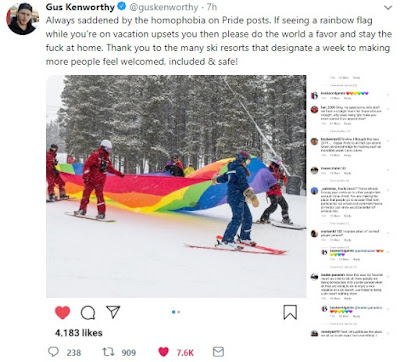 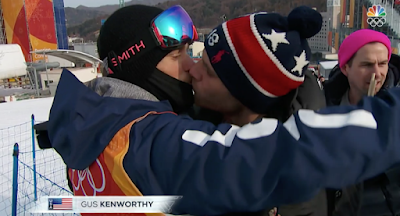 Gus kissed boyfriend on TV at Winter Olympics
in Pyeongyang' 2018