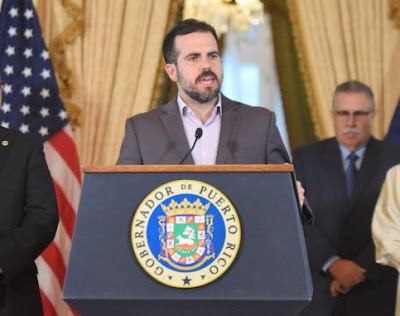 Rosselló announced the decision two days after a bill on the subject was blocked in the House of Representatives by his own party, the New Progressive Party.

“As a father, as a scientist and as governor of everyone in Puerto Rico, I firmly believe that the idea that there are people in our society who need treatment due to their gender identity or those who love is not only absurd, but it is harmful to so many children and young people who deserve to be treated with dignity and respect,” the governor said.

Rosselló added: “I strive for Puerto Rico to be a society in which everyone, no matter who they love, can be accepted and live without fear of persecution. This includes the most vulnerable in society, our children, who must be supported and loved. Conversion therapy does not benefit anyone in any way, it only causes unimaginable pain and suffering.”

Carmen Yulín Cruz, Mayor of Puerto Rico’s capital, San Juan, expressed support for the governor’s decision. She wrote on Twitter: “Conversion therapies are inhumane and seek to deprive human beings of their dignity. Love is love. It is a simple concept. The compatriots of the LGBT community love, period. And love always, always wins over hate. ALWAYS.”

Nonetheless, the LGBT community in Puerto Rico remains target of prejudice and violence, and the local media notes the highlighted persistent homophobia against LGBT people. 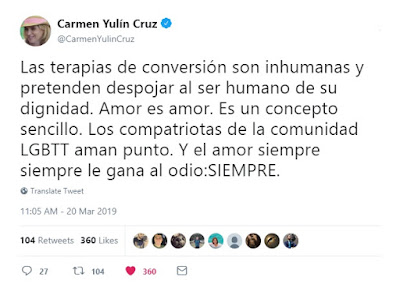