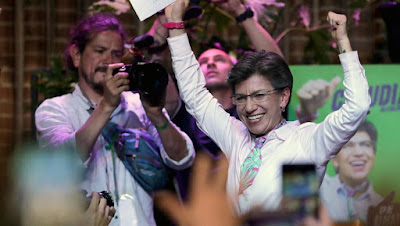 Colombia's capital city elected its first female and openly lesbian mayor in what is being hailed as an important advancement for both women and LGBT rights.

Journalist-turned-politician Claudia López won the race for mayor of Bogota on a platform promising to combat corruption and advance equal rights for minority communities. The Alianza Verde candidate captured over 1.1 million votes, or about 35 percent of the vote, defeating runner-up Carlos Galán by 2.7 percentage points.

With her victory, Claudia also becomes the first openly gay mayor of a capital city in Latin America, a region slowly advancing in improving LGBT rights but where long-standing cultural biases and inequality remain barriers.

"This is the day of the woman," she said to a jubilant crowd. "We knew that only by uniting could we win. We did that. We united, we won and we made history!"

In 2013 Claudia briefly left Colombia after receiving death threats for her research on paramilitary activity in politics. She has long fought against corruption in Colombia and in August 2018 tried unsuccessfully to pass a citizen-driven anti-corruption bill.

Claudia’s brash style of speaking and strong opposition to Colombia’s right-wing politicians made her popular with left and centre voters, but public opinion on her election was mixed. Conservative former President Álvaro Uribe acknowledged his party's setback, stating on Twitter that "I recognize the defeat with humility." 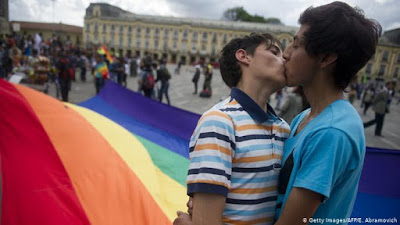