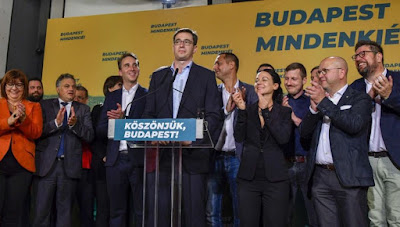 With most ballots counted, Karacsony had the support of more than 51 per cent of voters in the capital of Hungary. Ten of 23 major cities also fell to opposition parties in local elections billed as a trial run for taking on Orban as a united front in parliamentary elections in 2022.

"October 14 marks the start of a new era for Hungary in its quest to regain its freedom", Karacsony said in his speech. "The victory was not mine or the opposition parties but that of Budapesters who were fighting to win back the capital," he added.

Is this the beginning of the end of Orban’s power?