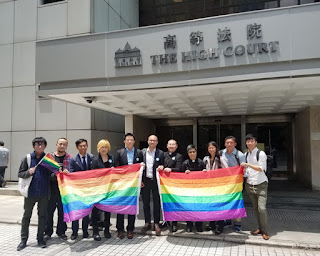 A Hong Kong court turned down the city’s first judicial challenge for same-sex marriage and civil union partnerships, but urged the government to “undertake a comprehensive review” to save time and money from court actions arising from discrimination.

The court found that the evidence in the case was not "sufficiently strong or compelling" enough to require defining marriage "as including a marriage between two persons of the same sex."

It considered that the existing laws did not cover same-sex marriage, adding it would be “beyond the proper scope of the functions and powers of the court to change a social policy on a fundamental issue”.

The ruling can still be reviewed in Hong Kong's higher court at a later date.

Hong Kong does not recognise same-sex marriage in general, except for limited purposes, such as taxation, civil servants’ benefits, or application of dependent visas if a couple has married overseas, mostly achieved through legal challenges in the past few years. 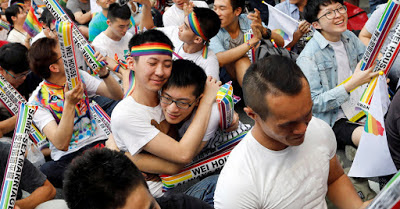 Taiwan legalised same-sex marriage
last may 2019, the first in Asia