Out US athlete wears rainbow sneaker at Qatar championships 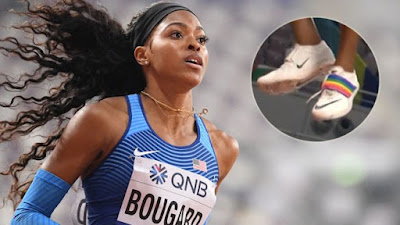 US heptathlete Erica Bougard wore her trademark sneakers with a rainbow strap during her appearance last night at the IAAF World Championships in Doha, Qatar.

Qatar, like neighbouring United Arab Emirates and Saudi Arabia, is a conservative Muslim nation where homosexual acts are illegal and punishable with up to three years in prison. It’s just one of the reasons why some advocates and athletes have criticized the decision to allow the event to take place in the Middle East country.

Following her appearance, Bougard spoke about her decision to wear the shoes with the pride flag. “I only did it to show everybody love is love, and whether you’re against it or not, I’m still for it,” she told. “And then for all the young people out there, if you’re ever frightened, don’t ever feel sad, don’t ever have suicidal thoughts, because it’s normal to me, so it should be to you, so don’t be afraid to come out,” she added. 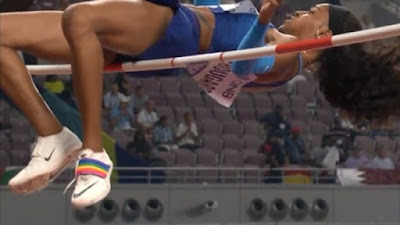 The power of visibility in the sports world