Uganda plans to resurrect the 'Kill the Gays' bill 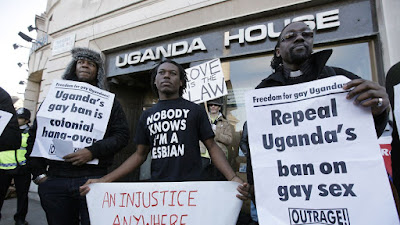 Uganda announced plans for a bill that would impose the death penalty on homosexuals, saying the legislation would curb a rise in unnatural sex in the east African nation.

The bill, colloquially known as “Kill the Gays”, was nullified five years ago on a technicality and the government said it plans to resurrect it within weeks.

“Homosexuality is not natural to Ugandans, but there has been a massive recruitment by gay people in schools, and especially among the youth, where they are promoting the falsehood that people are born like that,” Ethics and Integrity Minister Simon Lokodo said.

“Our current penal law is limited. It only criminalises the act. We want it made clear that anyone who is even involved in promotion and recruitment has to be criminalised. Those that do grave acts will be given the death sentence,” he added.

Lokodo also said the bill, which is supported by President Yoweri Museveni, will be re-introduced in parliament in the coming weeks and is expected to be voted on before the end of the year.

Even without it, Uganda is one of the hardest countries in Africa to be a sexual minority. Under British colonial law, gay sex is punishable with up to life imprisonment and activists said the new bill risked unleashing attacks. 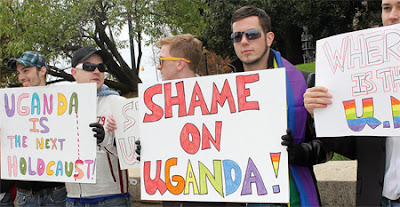