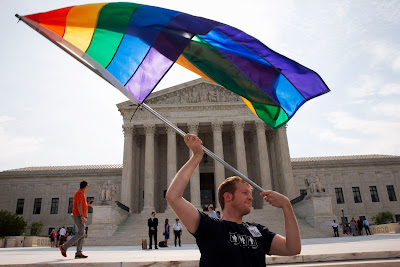 The U.S. Supreme Court kicks off its new term this week, with a major dispute on tap over whether a landmark decades-old federal anti-discrimination law that bars sex discrimination in the workplace protects gay and transgender employees.

The nine-month term opens on Monday with three cases to be argued before the nine justices. On Tuesday, the court turns to one of the term’s biggest legal battles, with two hours of arguments scheduled in three related cases on a major LGBT rights dispute.

At issue is whether gay and transgender people are covered by Title VII of the Civil Rights Act of 1964, which bars employers from discriminating against employees on the basis of sex as well as race, color, national origin and religion. But Trump’s administration has argued that Title VII does not cover sexual orientation or gender identity.

The court, whose 5-4 conservative majority includes two Trump appointees, will hear two cases about gay people who have said they were fired due to their sexual orientation. One involves a former county child welfare services coordinator from Georgia named Gerald Bostock. The other involves a New York skydiving instructor named Donald Zarda. He died after the case began and the matter is being pursued by his estate.

The third case involves a Detroit funeral home’s bid to reverse a lower court ruling that it violated Title VII by firing a transgender funeral director named Aimee Stephens after Stephens revealed plans to transition from male to female. Rulings in the cases are due by the end of June.

The legal fight focuses on the definition of “sex” in Title VII. The plaintiffs, along with civil rights groups and many large companies, have argued that discriminating against gay and transgender workers is inherently based on their sex and consequently is unlawful. 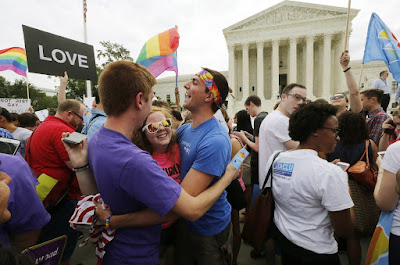 SCOTUS ruled in favor of same-sex marriage in 2015