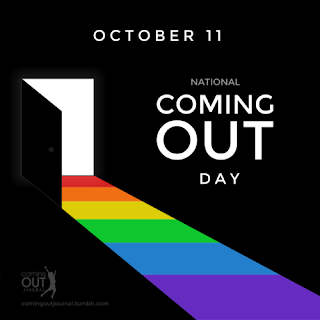 For three decades, every October 11, the LGBT community and its allies have celebrated National Coming Out Day (NCOD), a positive celebration of queerness that encourages folks to share their truth with the world and take a stand against homophobia. But how did NCOD start?

On October 11, 1987, over half a million people marched for queer rights in Washington, D.C., an event that resulted in the founding of several LGBT organizations. The progressive momentum of the movement continued over the following year, and LGBT activists Rob Eichberg and Jean O’Leary decided to create National Coming Out Day on the march’s first anniversary. NCOD’s logo was famously created by late artist and HIV activist Keith Haring.

Eichberg, who died of AIDS complications in 1995, was a psychologist and founder of the personal growth workshop, The Experience. O’Leary was an out lesbian political leader and longtime activist from New York and was the head of National Gay Rights Advocates in Los Angeles at the time of NCOD’s founding. Rather than react defensively to oppressive anti-LGBT actions, Eichberg and O’Leary’s vision was to create a holiday that celebrated queer identities in order to decrease stigma and homophobia. 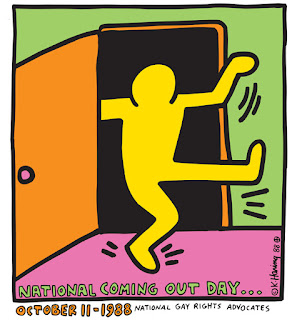