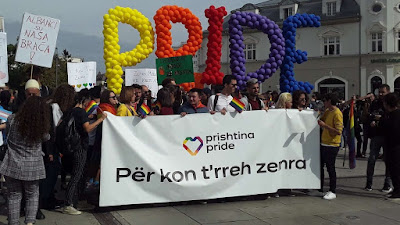 Activists and supporters of the LGBT community in Kosovo have gathered in the center of Pristina to participate in what organizers described as their third-ever pride parade.

Ahead of the event capping Pristina 2019 Pride Week, organizers called for more tolerance and respect in general, and they have put a special emphasis this year on getting the authorities and the judicial system to actually implement the law.

One of the organisers of the Pride parade, Lend Mustafa, said it had been a very difficult year for Kosovo’s LGBT community. “Our hearts beat for those who were kicked out by their family, for transgender people who were denied their identity until recently, for those who thought, at least once, that it would be better if it didn’t beat at all,” he said.

Pride Parade organisers also condemned hate speech and other hate-motivated crimes and called for more acceptance of the LGBT community by the rest of society.

Mainly Muslim Kosovo remains socially conservative in its attitudes. A 2017 report by the National Democratic Institute, NDO, concluded that Kosovo was one of the most homophobic countries in the Balkans.

Despite that, no incidents marred previous Pride parades and top government officials, such as President Thaci, have taken part. However, members of the LGBT community say they often face threats, are disowned by their families, lack access to justice and have difficulties in finding work. 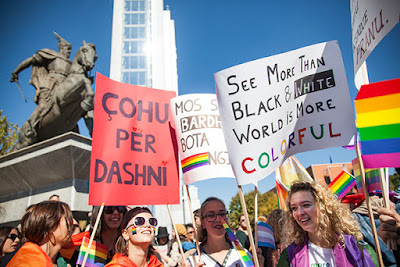