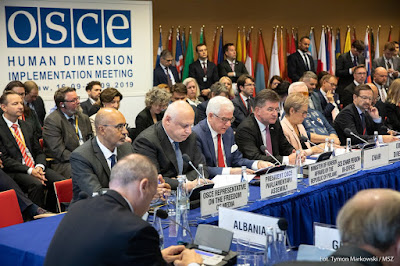 The Director of the Russian LGBT Network Igor Kochetkov made an oral statement the 11th Human Dimension Implementation Meeting (HDIM) of OSCE participating States in Warsaw. The statement was devoted to the persecution of LGBT people in Chechnya.

In December 2018 the OSCE accepted the report, prepared within the Mandate on the Moscow Mechanism. This report discussed at length persecution, unlawful arrests, arbitrary detentions, tortures, enforced disappearances, and extrajudicial executions happening on the territory of the Chechen Republic, a federal subject of the Russian Federation. The rapporteur, in particular, confirmed the facts of arbitrary detention, tortures, and inhumane treatment of individuals based on their sexual orientation.

Those responsible for named atrocious violations of human rights have not been brought to justice; there is yet to be an investigation of these violations. The Russian Federation continues to deny the crimes first identified by the human rights defenders and then confirmed by international organizations. Moreover, law enforcement agencies the Chechen Republic continue to persecute, detain, and torture civilians based on their sexual orientation and gender identity. 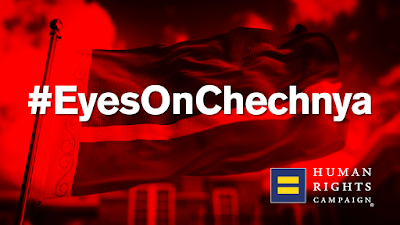 Check the persecution of LGBT people in Chechnya here