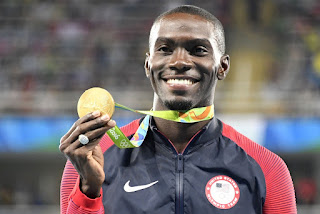 Olympic gold medalist Kerron Clement came out as gay on National Coming. The American track athlete told he was “tired of loving in the dark.”

“I have been through what a lot of people have been through which is being afraid of being who you are,” he said. “I struggled with my sexuality for 17 years. Over time, as you get older, you care less. Now it’s time to just be yourself and be free. That’s what I’ve become, free.”

Clement competed in the 2008 and 2016 Olympic Games, in Beijing and Rio de Janeiro, respectively. The track star won gold and silver medals in 2008, and another gold medal during his Olympic return.

“I have a global brand backing me,” he added, mentioning the difficulty some other athletes have had in the past being supported by institutions after sharing their stories publicly. “It’s absolutely amazing. I wish all companies would do.”

With the love from his community of family and friends, Clement said he’s now experiencing a level of freedom and not walking around worried that someone might discover his “secret.” 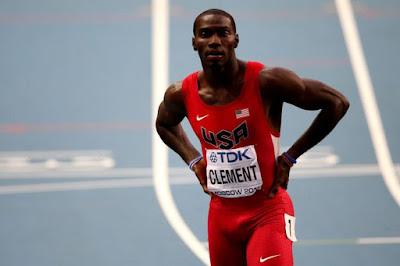 Be free and proud Kerron!!!