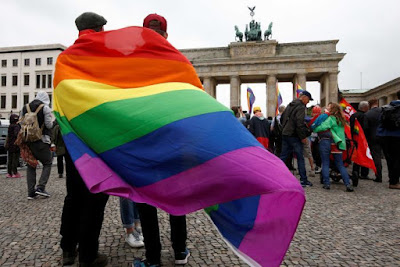 Germany is banning so-called gay conversion therapy for minors, saying the practice that purports to make patients straight has no scientific basis and often causes psychological harm. The bill will next be presented to Germany’s lower house, Health Minister Jens Spahn told.

If the bill passes both houses of parliament, advertising or offering conversion therapy will be banned and infringements will carry fines of up to €30,000 ($33,000). After the proposed ban, only adults who freely seek out the controversial “therapy” will be legally permitted to undergo it.

The government’s goal is to protect people’s right to sexual self-determination. In a later Facebook posting headlined “Homosexuality is not an illness,” the government said anyone violating the ban could face punishments ranging from fines to prison. 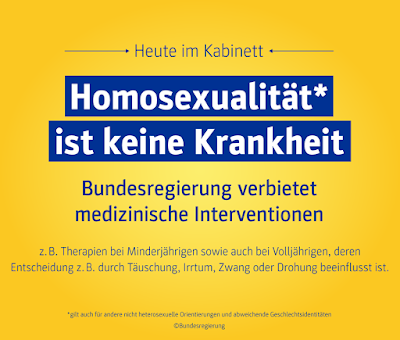 Homosexuality is not an illness