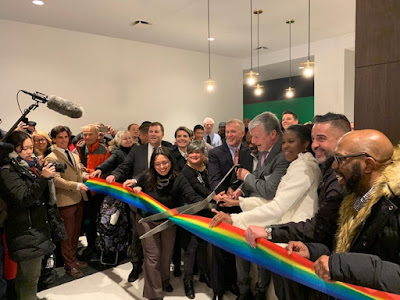 The Stonewall House is the first affordable housing complex specifically focused on welcoming New York's lesbian, gay, bisexual and transgender seniors. It is 17 stories and boasts 145 apartments, making it the largest queer-friendly senior housing development in the nation. It is also the first such building in the state.

The house will be home to residents over the age of 62 whose income is 60 percent or less than the area median income. There are 54 studios and 91 one-bedroom apartments, and 25 percent of the units are for formerly homeless seniors.

“It’s no exaggeration to say that LGBT elders in New York City have been working for 50 years for a place they can truly call home, since they stood up and said No more back at Stonewall in 1969,” SAGE’s CEO, Michael Adams, said in a written statement. “Thankfully, they’ve now found that home at Stonewall House, and we at SAGE could not be more thrilled.”

Others on hand for the ribbon-cutting ceremony included Eric L. Adams, the Brooklyn borough president, Matthew McMorrow, a senior aide to Mayor Bill de Blasio, and John Blasco, an out gay district leader in Manhattan who serves as Speaker Corey Johnson’s LGBT liaison. 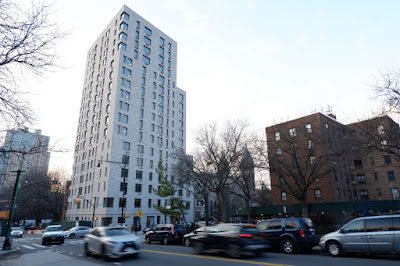 The building is at 112 St. Edwards Street (NYC)