Over 250,000 people appeals for Marriage Equality in China 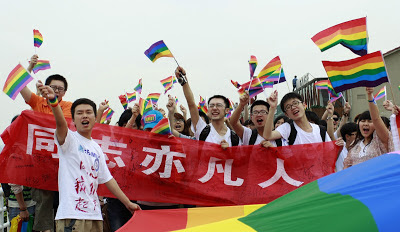 Equality activists in China will make a legal push for state recognition of same-sex marriage. It comes in a nation that doesn’t legally ban such unions, but where state regulators have defined marriage as between a man and woman.

China remains in the process of reviewing its civil laws and over 250,000 people have appealed to the Chinese authorities to recognise same-sex marriage, in a month-long push sparked by a review of the country’s civil law provisions.

The country’s LGBT community and its supporters have been writing to legislators and leaving comments in favour of a change to China’s marriage laws during a public comment period which ended with more than 250,000 people responding.

“We know that it’s already the third draft and they will probably not include same-sex marriage, but at least we want to let lawmakers hear there’s a need among the LGBT community,” said the director of Guangzhou-based LGBT Rights Advocacy China.

But the state has maintained its position thus far. A spokesman of the Legislative Affairs Commission of China’s top legislative body, told press that regulators’ interpretation that marriage certificates should only be issued to male-female couples was in line with Chinese customs and tradition, even if no statute expressly said marriage should be limited to heterosexual couples. 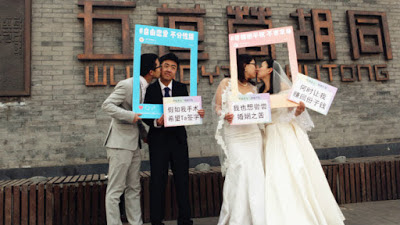