A huge rainbow mosaic displayed in a Premier's match 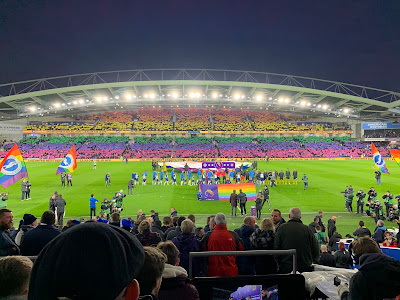 In the Brighton vs Wolves match, live on Sky Sports Premier League, we could see at the Amex Stadium a rainbow mosaic in support of Rainbow Laces and the LGBT community.

Fans in the East Stand had colored cards on their seats to hold up as the teams take to the field. There also was a rainbow laces ball plinth, centre circle crest, and a guard of honour as the teams took to the field, while support for the campaign was shown on both of the captains' armbands. 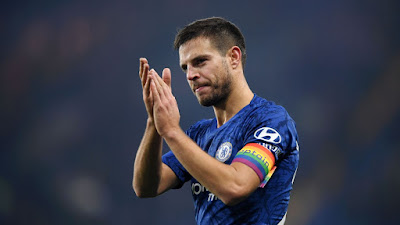 Bravo for this initiative!