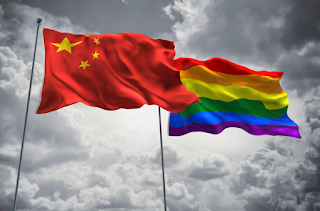 China's top legislative body has been advised to legalise same-sex marriage in the updated civil code.

The Commission for Legislative Affairs of the National People's Congress (NPC) has received more than 250,000 online suggestions and 5,600 letters requesting to clarify the "scope of close relatives, improving the common debt of spouses and legalising same-sex marriage", according to the report, which cited Mr Yue Zhongming, spokesman for the commission.

The report didn't specify if the legislature will include the legalisation of same-sex marriage in the civil code. The NPC will review the draft of the new civil code in March 2020.

Several government-related Weibo accounts, including those of two district news offices in Shanghai and a court in Chengdu, posted online polls on Friday seeking public feedback on same-sex marriage.

Mr Zhijun Hu, executive director of PFLAG China, a group supporting LGBT people, said he was "very happy" about the move towards marriage equality. "I'm confident that this will bring change," he said. Still, Mr Hu said he doesn't expect same-sex marriage in China to happen any time soon.

Although China decriminalised homosexuality in 1997 and removed it from an official list of mental disorders in 2001, gay, lesbian, and transsexual individuals still live in a gray area. There's no law against being LGBT, but no rules protect against discrimination, and China doesn't recognise gay marriage.

Taiwan was the first in Asia to legalise same-sex marriage when it did so in May. 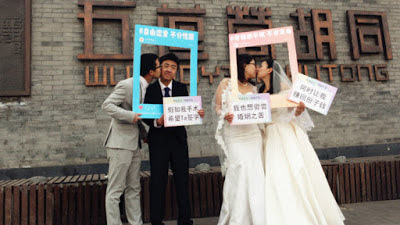