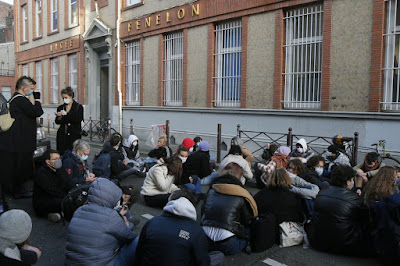 Over 100 high school students rallied in northern France to pay homage to a transgender student who died by suicide this week after facing tensions with school officials for her gender identity.

The teenagers held a sit-in and a moment of silence outside the entrance to the Fenelon High School in Lille as school started on Friday, expressing their anger and distress at the suicide of their classmate Fouad.

Fouad, 17, died Wednesday 16 December in a shelter where she had been staying, the school district said in a statement. She was identified only by her first name according to French policy for protecting minors.

Classmates said Fouad had recently decided to go public about her female identity and was summoned to speak with a school official after wearing a skirt to class.

The case has drawn indignation after a video that Fouad shared with friends surfaced on social media. In the video, Fouad is heard talking with the official, who argues heatedly that her transgender identity is upsetting others in the school while the student is in tears. Fouad was sent home for wearing a skirt that day.

Fellow students were upset that the school’s announcement about her death referred to Fouad as a male pupil, and said some teachers refused to refer to Fouad as “she”.

Fouad, who was of North African origin, had suffered both gender and racial discrimination inside and outside school, said a friend, who was at Friday’s protest. Fouad “was suffering a deep pain that dates to a long time ago,” and was aggravated by the situation around her gender identity at school, friend told. 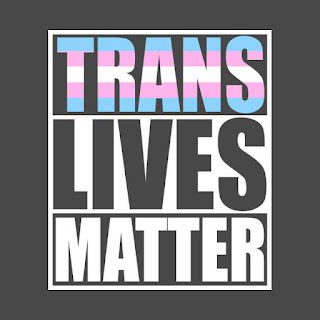