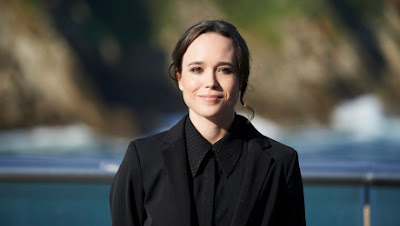 Ellen Page has come out as transgender, changing his name to Elliot. He posted a letter on social media.

Page described himself as lucky to have been able to come out, and penned a heartfelt statement: "Hi friends, I want to share with you that I am trans, my pronouns are he/they and my name is Elliot. I feel lucky to be writing this. To be here. To have arrived at this place in my life."

"The statistics are staggering. The discrimination towards trans people is rife, insidious and cruel, resulting in horrific consequences. In 2020 alone it has been reported that at least 40 transgender people have been murdered, the majority of which were Black and Latinx trans women," he added.

Page also previously came out as gay in 2014 in a powerful speech. He began his career in 1997, rising to fame in 2006 with the release of Juno, which he was Oscar-nominated. He is best known for his roles in films including Juno and Inception, and starring as Vanya Hargreeves in The Umbrella Academy.

So proud of you Elliot!!! 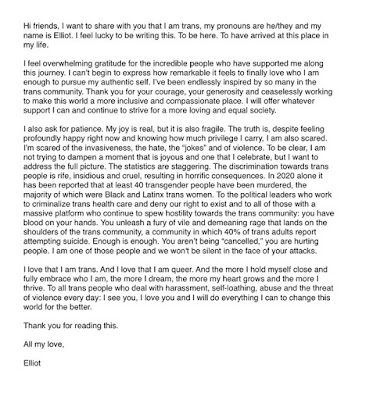