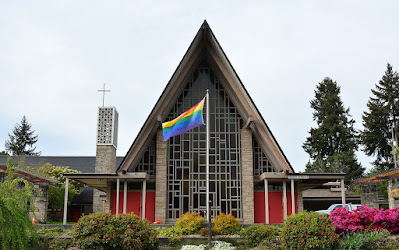 Organised by the Ozanne Foundation charity, the declaration has been signed by faith leaders from 35 countries, including representatives of the world's main religions. The signatories include catholic Archbishop Desmond Tutu and eight other archbishops, more than 60 rabbis, and senior Muslims, Sikhs, Hindus and Buddhists.

Westminster Abbey hosted a private celebration after the event, led by the deans of Westminster and St Paul’s cathedral. The declaration calls for an end to the criminalisation of LGBT people and to “ conversion therapy”, which refers to any form of treatment or psychotherapy which aims to change a person's sexual orientation or to suppress a person's gender identity. It can range from electric shock treatment to religious teachings or talking therapies designed to change someone's sexuality.

The announcement, which marks the launch of the Global Interfaith Commission on LGBT Lives, will be made at a virtual conference of global faith representatives funded by Britain's foreign ministry (FCDO).

The declaration also acknowledges "with profound regret" that religious teachings through the centuries have caused and continue to cause deep pain and offence to those who are lesbian, gay, bisexual, transgender, queer and intersex.

Watch their declaration below: