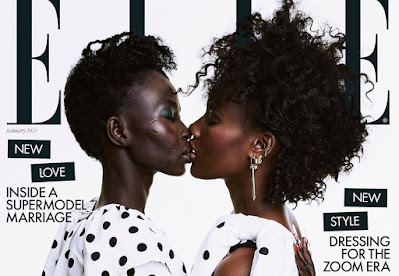 Supermodel Aweng Ade-Chuol and her wife Alexus took to the cover of Elle’s January 2021 issue to fight back against their homophobic trolls.

Ade-Chuol and her long-time girlfriend nail artist Alexus tied the knot at New York City Hall. The couple met in January of 2019 and married in December of that same year.

The model opened up in an Instagram post about a suicide attempt. Rather than having the space to enjoy married life and revel in her myriad accomplishments, Ade-Chuol said she had been forced to deal with a horrendous amount of homophobia from her native South Sudan.

When Ade-Chuol announced her marriage to the press, she said the backlash from her home country was overwhelmingly hostile. In South Sudan, same-sex marriage remains illegal and is punishable by up to 10 years in prison. Ade-Chuol and her family relocated to Sydney, Australia in 2006, where they received asylum.

When the magazine approached her for the cover of its January 2021 issue, Ade-Chuol said she saw another opportunity to fight back. “I wish I could say, Let me hold the torch for the LGBT Sudanese community,” she told the publication, “but it’s a lot for one person to handle.” Alexus added: “We’ve chosen each other, and now we’ll have our own family.” 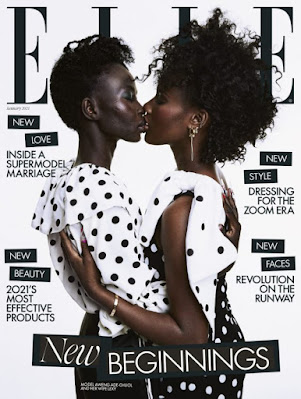