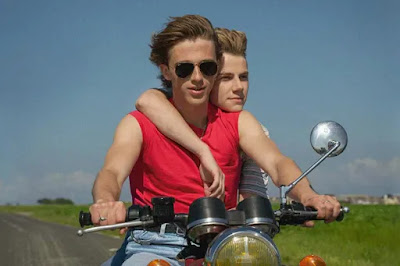 Été 85 or Summer of 1985 (2020) is the latest movie of François Ozon, a bittersweet saga of love and death, a coming-of-age tale based on Aidan Chambers’s 1982 novel Dance on My Grave.

The movie centres on Alex (Félix Lefebvre), a death-obsessed teen in the throes of doomed first love, whose morbidly romantic story plays out with the sensual artfulness of classic Ozon, combined with the accessible vigour of an 80s American teen pic.

We first meet David (Benjamin Voisin) at sea, a beautiful vision riding the waves to rescue the hapless Alex after his little boat capsizes. David takes Alex home to his widowed mum, played by Valeria Bruni Tedeschi, who undresses and bathes the new arrival.

The chemistry between the two is instantaneous and overwhelming: where similar films would agonize over the first encounters and the timid approaches to intimacy, here the attraction between the two characters is so powerful that it evolves into romance quite literally overnight.

Yet David is clearly much more than a friend, taking Alex’s breath away as he weaves through oncoming traffic on his motorbike. All this thrilling young love unfolds in flashback, intercut with later scenes in which an apparently traumatised Alex faces questions about a terrible event for which he is being held accountable. 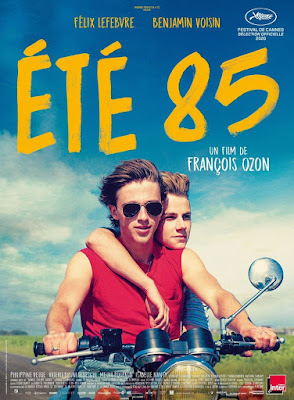