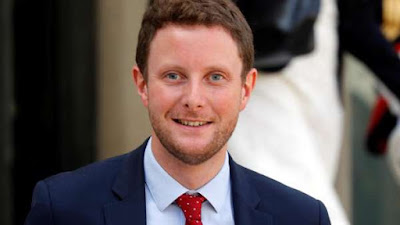 France’s minister for European affairs Clément Beaune has publicly come out as gay and vowed to fight against Poland’s “LGBT-free zones”.

The politician is a member of Emmanuel Macron’s political party, and was appointed as Minister of State for European Affairs by the French president in July.

Now, Beaune has come out as gay in an interview with French LGBT magazine Têtu, saying he wants people to see that being gay is not an obstacle to a career in politics.

Beaune committed to fighting anti-LGBT bigotry in Europe in his role as Minister of State for European Affairs, and he has the responsibility to fight Poland’s ‘LGBT-free zones’.

In a memorandum, Council of Europe criticised authorities in Poland for the appalling treatment of queer people in the country. It reports homophobic statements by leading public figures were creating an atmosphere of “hate and intolerance.

Beaune said: “I wouldn’t want people to say I am fighting against ‘LGBT-free zones’ because I am gay. It would be insulting to say I am leading that fight for myself. However, as European affairs minister, I have an additional responsibility. I must fight for tolerance.”