Change gender for trans people could be easier in Spain 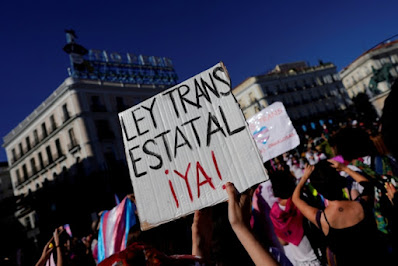 Spain's Equality Ministry introduced a bill which would amend existing legislation on changing gender. The draft bill was part of a political agreement signed between Socialist Party (PSOE) and leftist party Unidas Podemos.

Currently, to change gender in Spain, the individual must undergo medical and psychological exams or several years of hormone treatment. In the newly proposed bill, the process of acquiring a gender change will be made more accessible.

New draft is advocating for the right of gender expression, to make hormone blockers more accessible, to allow individuals aged under 16  to decide their own gender, to offer recognition of trans and non-binary individuals, and to encourage LGBT education.

Individuals aged under 16 and older would be able to change both their name and gender at a registry with a statement. This would remove the need for medical checks or hormone treatments.

Non-binary representation is also being considered in the proposed bill. The new legislation would recognise the rights of non-binary individuals and is suggesting the possibility of removing the gender category on the relevant certificates. 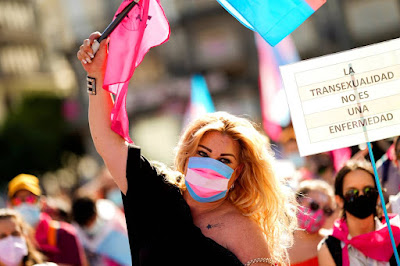 Transsexuality is not a disease