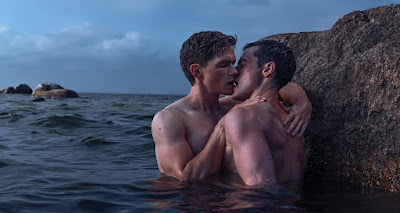 Romance movie Firebird will have its world premiere at 35th BFI Flare: London LGBTIQ+ Film Festival, it has been announced.

Firebird is directed by Peeter Rebane and streaming as a sweeping love story about freedom and love against all odds set in the Soviet Union at the height of the Cold War, and based on a true story.

A troubled soldier (Tom Prior) forms a forbidden love triangle with a daring fighter pilot (Oleg Zagorodnii) and his female comrade (Diana Pozharskaya) amid the dangerous surroundings of a Soviet Air Force Base.

Tickets for the digital world premiere of Firebird at BFI will be available to BFI Members from Friday 26 February and to the general public from Tuesday 2 March.

Check out the first look clip of Firebird below: