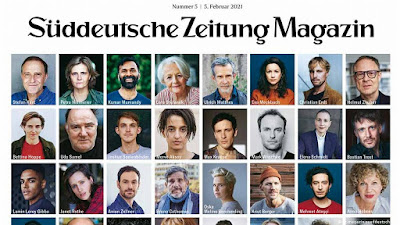 A group of actors in Germany have come out as LGBT en-masse, revealing that they have been warned to keep their identities a secret so their careers could thrive.

Some 180 actors publicly came out as gay, lesbian, bisexual, queer, non-binary or trans in an article published in Süddeutsche Zeitung magazine.

They published a joint manifesto calling for more LGBT characters on screen, as well as demanding a change in attitudes towards LGBT actors in the industry.

“Until now, we have not been able to talk openly about our private lives without fearing professional consequences,” the actors said in the manifesto.

“All too often, many of us have been cautioned – be it by managers, casting agents, colleagues, producers, editors, directors, etc – to keep quiet about our sexual orientations and gender identities to avoid jeopardising our careers.”

The actors also said they decided to “come together” to put an end to such discriminatory attitudes.