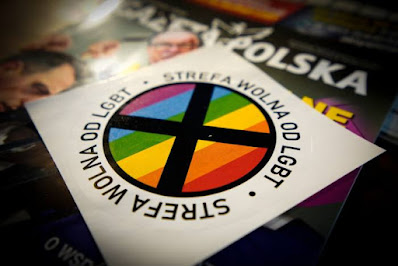 A new report of Council of Europe, on a fact-finding mission to Poland in November last year, draws attention to increasing attacks and discrimination against LGBT people in the country, focusing on cities, provinces and regions that are adopting family charters and resolutions against so-called "LGBT ideology."

During the mission, the delegation gathered facts and information from the government, parliamentarians, the Commissioner for Human Rights, local and regional authorities and their associations, as well as NGOs.

As part of the politically-driven attack on LGBT people, nearly 100 Polish municipal or local governments have proclaimed themselves zones “free from LGBT ideology” and opposing gay “propaganda”, covering nearly a third of the country.

Report affirms those cities and regions make up a third of all Poland, so the impact on LGBT people is not negligible. It emphasises that family charters are detrimental to the rights, safety and well-being of LGBT people in Poland and contrary to the crucial role that territorial authorities should have in defending citizens' rights and promoting social cohesion.

Report also recommends to European authorities to prepare a resolution calling on Polish local and regional authorities to withdraw their family charters and to develop policies that will protect the rights of vulnerable groups.

Poland’s ‘LGBT-free zones’ are a grim reminder that, even in Europe, the fight for human rights is far from over. 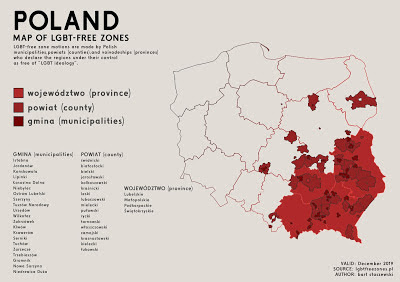 Map of LGBT-free zones in Poland