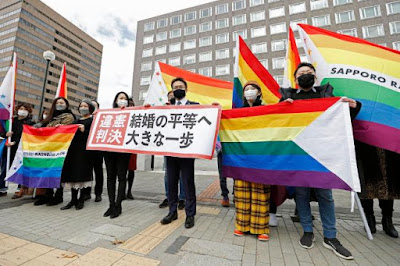 A district court in Japan has in a landmark decision ruled that the country's failure to recognise same-sex marriage is "unconstitutional".

Japan's constitution defines marriage as one between "both sexes". But a Sapporo court ruled that this denied the couples constitutionally-guaranteed equality, in what is seen as a symbolic victory for LGBT activists.

The case was one of several brought to district courts in various parts of Japan by a group of same-sex couples who are seeking damages for mental suffering.

The Sapporo court rejected the compensation claim of one million yen per person for being denied the same rights as heterosexual couples. But it found that not allowing them to marry was unconstitutional.

Japan and Italy are the only countries in the G7 group of developed nations that does not allow same-sex marriage.

Although Japan does not recognise same-sex marriage, a majority of Japanese show their support, and a number of municipalities issue partnership certificates for LGBT couples. 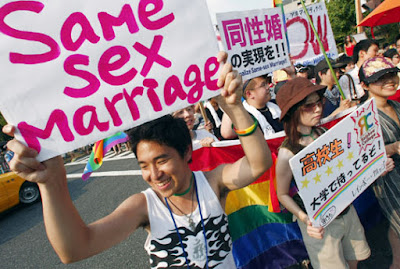