Chinese court says homosexuality can be called a ‘mental disorder’ 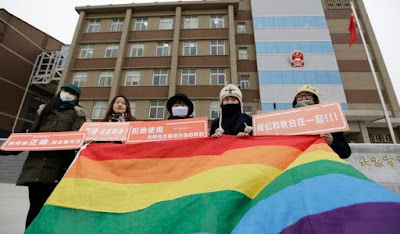 A young woman lost a court appeal last week against a publisher in China that called homosexuality a “mental disorder” in a textbook that is still used in Chinese universities.

A court in China‘s eastern Jiangsu province has ruled in favour of a publisher that described homosexuality as a “psychological disorder” in a university textbook. It also states that homosexuality is “believed to be a disruption of love and sex or perversion of the sex partner”.

Ou Jiayong, who also uses the name Xixi, first encountered the psychology textbook while studying at the South China Agricultural University in 2016. She told she was “deeply stung” when she read the textbook as she identifies as a lesbian. Xixi sued the publisher of the textbook and the online retailer that stocks it in 2017, demanding the texts remove the reference and publicly apologise.

But her legal battle has ultimately been unsuccessful. The Suyu District Intermediate Court in the city of Suqian said the description of homosexuality under “common psychosexual disorders” results from “perceptual differences” and was not a factual error.

Xixi, 24, told that the court’s decision about what constituted a “factual error” was “random and baseless”. She believed the evidence that she provided to the court was enough to prove the description of homosexuality as a mental disorder was wrong, but said the ruling could be a way to reduce controversy.

Homosexuality was decriminalised in China in 1997 and was declassified as a mental disorder in 2001. However, the country still does not recognise same-sex marriage, and there are no legal protections from discrimination against LGBT people in China. 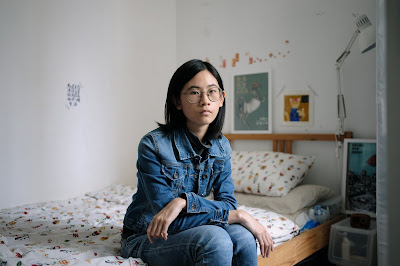 Xixi, at home in Hong Kong, sued a publisher in China with no success