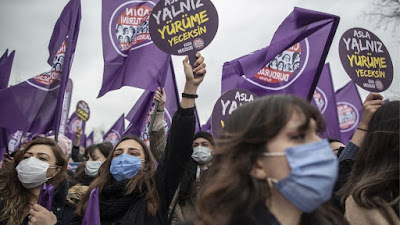 Turkey has abandoned an international accord designed to protect women. It signed the Council of Europe's convention 10 years ago at its launch in the Turkish city of Istanbul. The pact was the first international treaty to set legally binding standards in some 30 countries to prevent gender-based violence.

But Turkish conservatives argue its principles of gender equality and non-discrimination on grounds of sexual orientation undermine family values and promote homosexuality. In a decree, Erdogan finally announced his country's withdrawal from the Istanbul Convention.

Turkey's withdrawal from the Istanbul Convention is "devastating news" and "compromises the protection of women" in the country, said the Council of Europe.

According to women's rights activists, at least 300 women were murdered in the country last year but the number could be even greater, with dozens more found dead in suspicious circumstances. 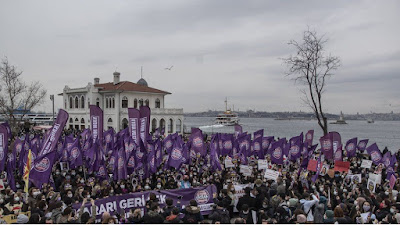 In Istanbul, people gathered for a demonstration
under the slogan "You'll never walk alone".