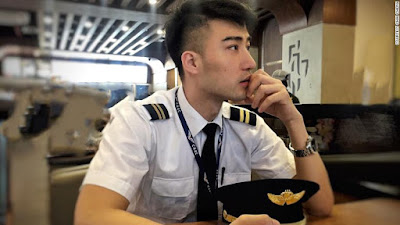 Former flight attendant Chai Cheng is suing China Southern Airlines for suspending him after his sexual orientation was made public without his consent last year, in a rare legal maneuver that pits him against the country’s largest airline.

In October 2019, footage was leaked online of Chai kissing a male pilot from the same airline China Southern, the country's largest carrier. Both men were off duty, and the kiss, which has since been viewed millions of times, occurred in an elevator in a private apartment building in the southern city of Shenzhen.

He is now suing the airline for lost wages, in a case that is seen as a test of China's stance on workplace discrimination. Campaigners say Chai's dismissal highlights the perils faced by LGBT workers in China due to lack of legal protection, and now they're calling for workplace equality laws.

Chai said he had kept his sexuality private during his five years working at China Southern for fear that it would damage his career prospects.

After the video of him kissing his coworker went viral, Chai said he was taken aside by a senior manager who told him that homosexuality was against "socialist core values," and in April 2020 his manager told him they would not be renewing his contract.

"They told me 'it was for obvious reasons,'" Chai said. "But I didn't break any laws or corporate rules. I went from being an outstanding employee, recognized by the company with fast promotions, to someone they wanted to have nothing to do with simply because of my sexual orientation. That's wrong ... and anyone could be the next victim."

Homosexuality is not illegal in China and it was officially removed from a list of mental disorders in 2001. But experts and activists say LGBT people still face persistent discrimination and prejudice. 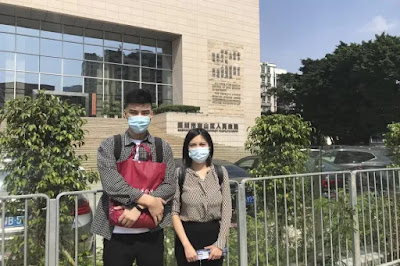 Chai Chen and his lawyer