With their victory on Kabul, Taliban conquered all Afghanistan again. After 20 years of a fragile democracy in the country, with minimal freedoms for women, who could study, work and participate in public life, with the return of Taliban all this is over. The fundamentalist group is determined to re-impose its version of Sharia law.

The Taliban enforced their version of Islamic Sharia law, and women and girls were:

If she disobeyed these discriminatory laws, punishments were harsh. A woman could be flogged for showing an inch or two of skin under her full-body burqa, beaten for attempting to study, stoned to death if she was found guilty of adultery.

About LGBT people, a Taliban judge declared once: “There are only two penalties for gays: Either stoning or he has to stand behind a wall that falls on him. The wall must be 2.5 to 3 meters high,” he said. The death penalty for homosexuals is derived from interpretations of the Quran, Islam’s holy book, and the Hadith, the accounts of the teachings of the Prophet Muhammad.

Shame on Taliban and shame on us!! 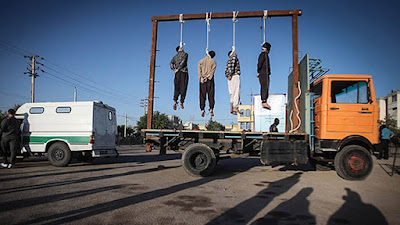