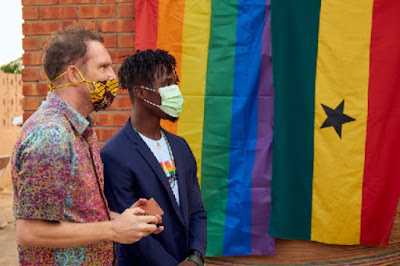 In Ghana, same-sex relationships have been illegal for decades. Now a proposed bill threatens to tighten restrictions even further.

Eight lawmakers are sponsoring the bill, which would impose a maximum 10-year prison sentence on people who support and advocate for same-sex and gay rights. Individuals or groups would also not be allowed to provide social or medical support to LGBT people.

Although there are some provisions in the Criminal Code under which a homosexual can be prosecuted, especially for having intercourse with a partner, the belief is that a specific law must be enacted to declare homosexual relationships illegal.

Word of the bill had spread in recent weeks even before it was officially presented, prompting outrage among many Ghanaians. The bill would be the first major step in criminalising the sexual minorities and their supporters since independence from colonial rule.

In coming weeks, the Constitutional and Legal Committee of Ghana's parliament plans to consult the general public for possible amendments.

Amnesty International reports that LGBT people continued to face discrimination in Ghana. Consensual same-sex sexual relations between men remained criminalized. Religious and political leaders, and the media used hate speech against LGBT people. This contributed to a climate of fear, hostility and intolerance towards the LGBT community in Ghana.