Who protects LGBT people in Georgia? 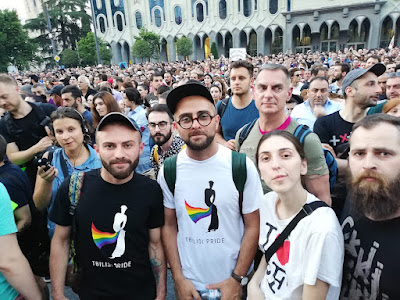 In July, hundreds of anti-LGBT thugs took to the streets of Georgia’s capital, Tbilisi, to protest a Pride march due to take place on the same day. Members of the far-right with links to the Eastern Orthodox Church took violently attacked journalists and eventually stormed the offices of Tbilisi Pride. Protesters ransacked the offices, pulling down and destroying the rainbow Pride flag that hung from the balcony.

At the time, Tbilisi Pride organisers condemned the attack and criticised the government for failing to protect their right to march. Georgian Prime Minister Irakli Garibashvili had seemed to suggest that it was the Pride celebrations that were to blame, as according to him the “majority” of people were opposed to the event.

Tamaz Sozashvili, co-founder of Tbilisi Pride, declared: "The government did not detain the organisers of these violent attacks. They did not detain all the perpetrators. They even encouraged this violence in its public statement. As a result, there is a high rate of hate crimes reported in Tbilisi these days. Most of the people in the street know that they are not going to be punished if they attempt to attack minorities. They know that it's okay to attack LGBT people."

About the future of LGBT rights in Georgia, he affirms that "The only thing is that the government of Georgia needs to change. The Georgian ruling Dream Party is not capable of governing the country. That’s the only way LGBT rights will improve, otherwise, most of the LGBT people will immigrate. I'm moving to Sweden in three weeks to study. I'll be living there for the next two years. And then I have a choice to either come back or not. If there is the same government then I'm not sure, because it affects not just my physical health but my mental health as well, and I really need to take care of myself." 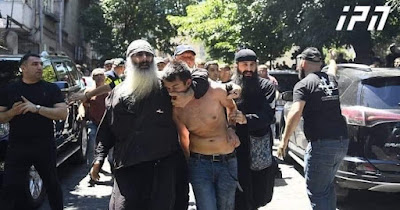