Thousands take part in the Equality March in Krakow 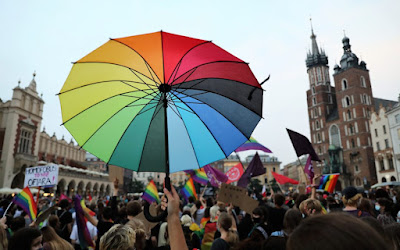 Since 2004, the Equality March passes through the streets of Krakow (Poland). It is an annual demonstration in the form of a street march of people opposed to homophobia and discrimination against sexual minorities in Poland.

This year’s parade is held under the slogan “Take a breath”. For the first time in history, the march was held under the patronage of the president of the capital of Małopolska, Jacek Majchrowski. The parade is also supported by foreign diplomats, including US Consul General Patrick Slowinski.

The city of Kraków introduced in May a programme of support for LGBT youth as part of events aiming to promote tolerance towards minorities. The aim of programme, with the slogan “You have an ally in me”, is to “express opposition to violence and promote allied attitudes among children and adolescents”.

“There can be no freedom without equality, mutual respect and understanding,” say the city authorities, explaining that they want to foster “common areas of dialogue and emphasise the city’s commitment to combating discrimination on many levels”.

Althought a third of Poland declared itself "LGBT-Free zone", there are Polish cities and regions where the commitment of authorities with LGBT rights is totally different. They need our support and recognizion. 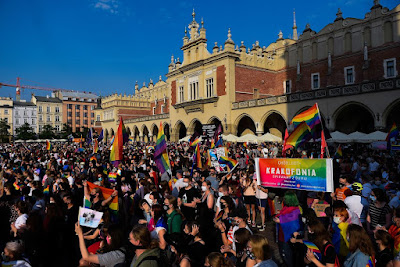 Thousands gathered in the Equality March in Krakow
Publicat per Ben Aquila a 8:15 AM