Moneyboys, a film that depicts homosexuality in China 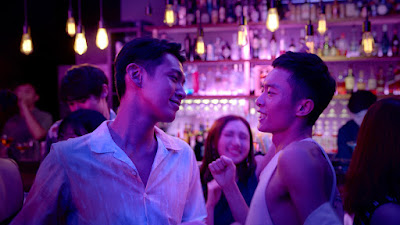 Directed by C.B. Yi, a graduate of the Vienna Film Academy, with Kai Ko and JC Lin, Moneyboys is a profoundly melancholic tale of a Chinese gay hustler who is unable to let go of the past.

A prologue introduces Fei (Ko) as a rookie hustler whose profession worries his protective boyfriend Xiaolai (JC Lin), but financially supports his family who still reside in a traditional village.

Fei's world collapses when he realizes that his family accepts his money but not his homosexuality. Broken-hearted, Fei struggles to create a new beginning in his life.

Jumping forward five years, Fei is a more confident operator with a comfortable lifestyle in another city. Working out of his apartment, he has finessed the art of satisfying clients and is part of a close-knit social circle comprised of fellow migrants seeking to live life on their own terms.

Moneyboys is striking because it's a rare film that depicts homosexuality in China, and it does so with sensitivity and warmth for the turmoil that being an outsider can cause someone.

Screened in the Un Certain Regard section at Cannes film festival, this elegantly framed and affectingly played drama should receive sufficient international attention for Yi to realise his stated ambitions of a trilogy.