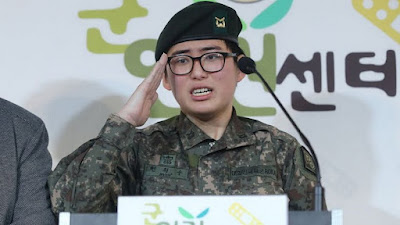 The  South Korean military will drop its initial plan to challenge a court ruling that ruled its decision to discharge a soldier who underwent gender reassignment surgery was unjust.

Following an order from the Justice Ministry, the Army will end its litigation and take follow-up measures. The ministry will carefully review its policy on transgender soldiers through research that takes into account public opinion and the special nature of the military.

Justice Minister Park Beom-kye accepted a recommendation from an advisory committee on administrative lawsuits which reviewed the case of late former Staff Sergeant Byun Hee-soo. Byun was found dead at her residence after committing suicide.

Earlier this month, the Daejeon District Court ruled in favor of Byun Hee-soo, who was discharged following gender reassignment surgery, even though she wanted to continue serving as a woman. The court said the discharge was inappropriately made on the grounds that the loss of male genitalia constituted a physical disability under military law.

The committee said the ruling is not about recognizing military service for transgender people but is saying the discharge against the deceased, who was a woman at that time, was unlawful.

Sadly, it's too late for Byun but not for the next ones. 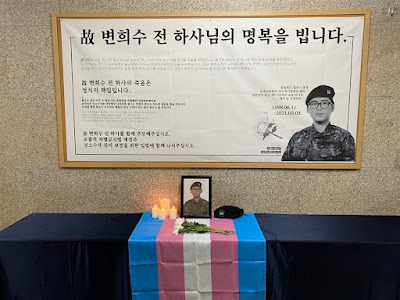