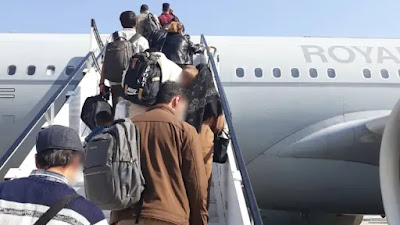 A group of some 30 LGBT Afghans have been evacuated from Taliban-controlled Afghanistan and resettled in the UK, following interventions from the Foreign Office, LGBT rights charity Stonewall and asylum group Rainbow Railroad.

The group of LGBT Afghans will be the first of many who will be welcomed to the UK where they can start a new life free from Taliban rule. Students and activists who have stood up for LGBT rights in Afghanistan are among those who were evacuated.

Thousands of Afghans including LGBT people, women and officials linked to the previous administration rushed to flee the country after the Taliban’s swift return to power on 15 August, but many were unable to board foreign evacuation flights.

Nancy Kelley, chief executive of Stonewall, said her organisation had been campaigning to bring vulnerable Afghans to the UK for the last few months and vowed to continue to push for international support to help those still in the Taliban-ruled country. “The situation is likely to remain extremely dangerous for some time,” she said.

Kimahli Powell, executive director of Rainbow Railroad, said they have been working tirelessly since the fall of Kabul to relocate LGBT Afghans to safer territories. “Rainbow Railroad is thankful for the strong advocacy of Stonewall UK and for the UK government, which helped facilitate the arrival of these LGBT persons. This is just the beginning of our efforts to help hundreds of LGBT individuals we are supporting in Afghanistan relocate to safety." 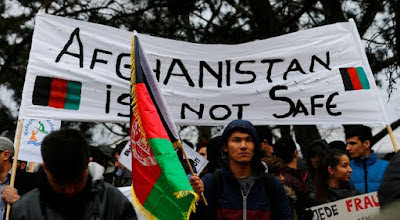