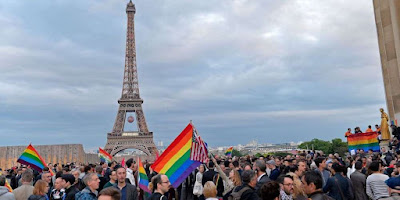 A proposed law to ban conversion therapies for gay people is making its way through the French parliament, as victims sound the alarm on a practice that has existed in France since at least the 1990s. MPs in the National Assembly unanimously approved the bill, which is now in the hands of the Senate.

A parliamentary fact-finding mission heard people who were victims or witnesses of exorcisms or who “learned the facts of rape” were often drugged and faced hypnosis, electric shocks and forced marriage.

The much-awaited bill, which victims say is needed at the very least as symbolic recognition of their trauma, includes punishment for those who continue to carry out the dangerous therapies. The legislation includes criminal penalties for people who are convicted of trying to "convert" LGBT people to heterosexuality or traditional gender expectations.

A lot of countries and organisms have condemned and banned 'gay cure' therapy, like lately Germany, Mexico, India, New Zealand or the European Parliament. Wellcome France!