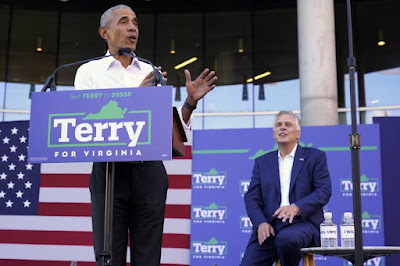 President Barack Obama stood up for marriage equality during a speech in Richmond, Virginia, in support of the state’s Democratic gubernatorial candidate Terry McAuliffe.

In response to anti-LGBT comments from Republican opponent, Glenn Youngkin, Obama asked, “Are we still arguing about gay marriage? Really? I thought that ship had sailed. I thought that was pretty clearly the right thing to do.”

A few days earlier, Youngkin told that, while he would respect that marriage equality was “legally acceptable” in Virginia, he did not support it. McAuliffe responded to the article with a tweet defending marriage equality, declaring, “I worked my heart out to keep Virginia open and welcoming to all. This type of bigotry and intolerance has NO place in our Commonwealth.”

In 2019, Democrats took control of the Virginia state legislature for the first time in 26 years. Since then they have worked quickly to pass a slew of progressive legislation, including several LGBT rights bills.

Among other legislation, the state banned conversion therapy for minors, became the first Southern state to add LGBT anti-discrimination protections, and increased protections for transgender students. 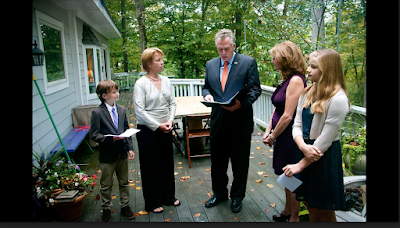