Twenty-three ambassadors of foreign countries accredited in Bulgaria have issued a joint statement of support for Sofia Pride 2018, being held on June 9.

The statement noted that this was the 11th Sofia Pride, and was being held during the Bulgarian Presidency of the Council of the EU.

Respect for human rights, including fairness, equality, non-discrimination, and freedom of expression and the rule of law, are the foundations of democratic states. These rights and protection should be equally applicable to LGBTI people, the statement said.

The statement called on Bulgarian authorities not to allow extreme views to undermine what should and will be an occasion for joy.

“By signing this statement, we encourage Bulgarian society and public authorities to seize the opportunity to support and defend these values ​​to join in the procession of Sofia Pride, accepting LGBT people as equal citizens without prejudice and discrimination and to contribute to LGBTI equality.”

“This provides an important opportunity to express support for human rights and tolerance, celebrating diversity and condemning homophobia and transphobia.”

The statement was signed by the ambassadors of Austria, Australia, Belgium, Brazil, Canada, Croatia, Cyprus, Denmark, Finland, France, Germany, Ireland, Israel, Italy, Luxembourg, the Netherlands, New Zealand, Norway, Sweden, Switzerland, Spain, the United Kingdom and the United States, as well as the representatives of Unicef and the UNHCR, and the head of the Friedrich Naumann Foundation in Sofia. 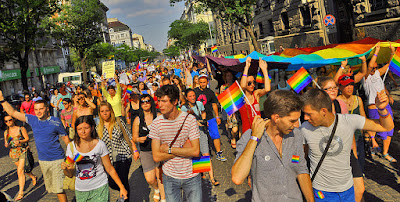 This year is the 11th celebration of Sofia Pride