Don't miss next weekend the Eurovision Song Contest 2022 in Italy 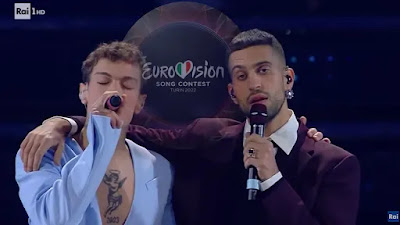 Two of Italy’s most popular young artists, Mahmood & Blanco, will represent Italy in Eurovision 2022 in Turin, after winning the 72nd Sanremo Music Festival earlier this year with their song Brividi.

As with reigning Contest champs Måneskin, Mahmood shot to fame on The X Factor Italia. The Milanese musician released a succession of singles thereafter, and has also put out two full-length albums.

Blanco is a singer/rapper from Brescia with big aspirations. His 2021 single, Mi Fai Impazzire, spent 8 weeks at the top of the Italian charts, and was followed by the release of debut album, Blu Celeste, which also shot to number one.

Their song Brividi, which means “shivers”, is a contemporary ballad that sees two men pouring their hearts out. But, contrary to what some might think it is, or hope it is, it’s not a male couple’s duet, but it’s a connection of two individuals both struggling and making mistakes in relationships. Mahmood happens to be gay and the other, Blanco, straight.

Mahmood and Blanco have such a funny dynamic and despite their temperamental differences they genuinely have chemistry and seem to find each other’s company amusing and entertaining. 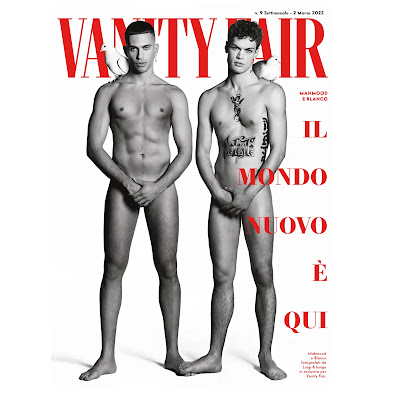