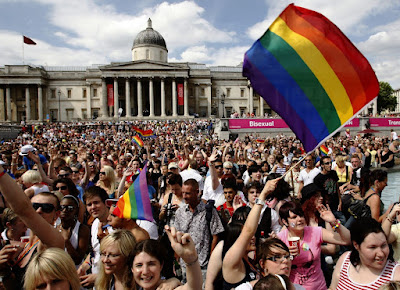 The number of people, aged 16 to 24, that identify as gay, lesbian, or bisexual in the United Kingdom has doubled in just four years, between 2016 and 2020.

In February, a Gallup poll showed the percentage of Americans that identify as LGBTQ had doubled over the last decade. In the 2021 Gallup poll of 12,416 Americans, 7.1 percent of Americans identified as LGBTQ compared to just 3.5 percent back in 2012. 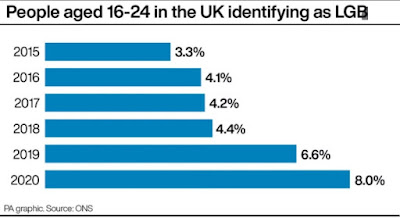