President Biden warns: "They are going to go after the Supreme Court decision on same-sex marriage" 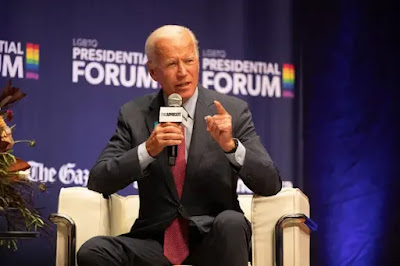 President Joe Biden has warned that the U.S. Supreme Court (SCOTUS) could target gay marriage next if it overturns abortion rights.

It follows a leak of a draft decision from the highest court in America that if actualised would see the historic 1973 Roe vs Wade about abortion overturned. A final decision is expected in June.

Abortion is among a number of fundamental rights that the court over many decades recognized at least in part as what are called "substantive" due process liberties, including contraception in 1965, interracial marriage in 1967 and same-sex marriage in 2015.

Though these rights are not explicitly mentioned in the Constitution, they are linked to personal privacy, autonomy, dignity and equality.

Speaking to reporters, President Biden said the Supreme Court was effectively saying there is no right to privacy with the decision.  "It's not just the brutality of taking away a woman's right to her body ... but it also, if you read the opinion ... basically says there's no such thing as the right to privacy. If that holds ... mark my words: They are going to go after the Supreme Court decision on same-sex marriage."

President Biden, who is a devout Catholic, has said he is opposed to abortion on a personal level, but doesn't think the government should have a say or impose its views on everyone else.

After the leak, President Biden called on voters to support politicians in the upcoming mid-term elections that are pro-choice. 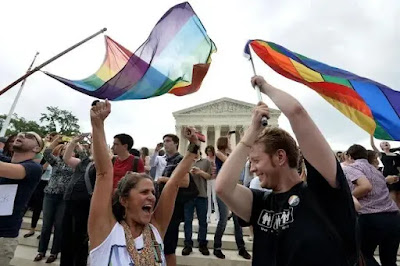 SCOTUS ruled in favor of same-sex marriage nationwide in 2015
Publicat per Ben Aquila a 4:11 PM