It's time to act! 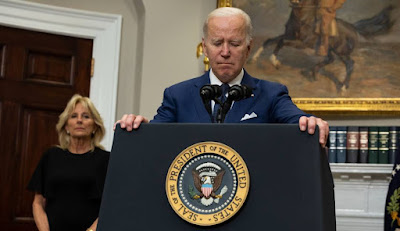 A gunman shot and killed 19 students and two school employees in Uvalde, Texas. He was later killed by police. It was just a week earlier that after a racist, hate-filled shooter killed 10 Black people at a grocery store in Buffalo, New York.

"It’s time to turn this pain into action. For every parent, for every citizen in this country, we have to make it clear to every elected official in this country: It’s time to act. It’s time, for those who obstruct or delay or block the commonsense gun laws, we need to let you know that we will not forget. We can do so much more.  We have to do more."