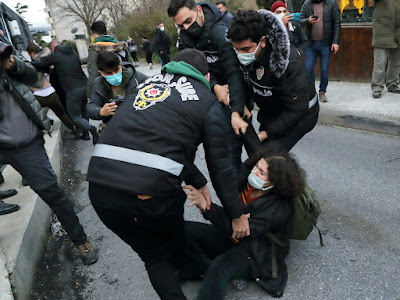 Police in Turkey broke up an LGBTQ pride parade at one the country’s top public universities and detained all of the participants. A small group of students tried to resist arrest.

Riot police entered Bogazici University and surrounded dozens of students who were waiving rainbow flags and calling for tolerance. They arrested the students one by one and led them into police buses with their hands cuffed behind them.

Tensions at the university heightened a month into the protests after a poster depicting the Islamic holy site Kaaba with LGBTQ flags appeared in a campus exhibition.

The European Union decried the detention of university students in Turkey and the use of anti-LGBT “hate speech” after President Erdogan lashed out at youth-driven protests. 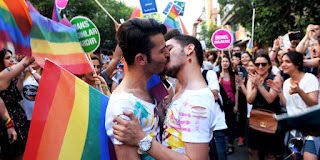