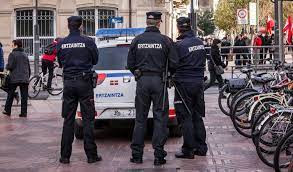 Very bad news from Spain, the police is investigating the action of a serial killer of gay men in the city of Bilbao, after four deaths occurred late 2021.

At first, the four deaths seemed unconnected, but the investigators have found some similarities between the four victims: they were all male users of a dating app for homosexuals and lived in the historic center of Bilbao.

The alert was activated when the relatives of a 43-year-old man who had apparently died naturally reported that someone had taken "thousands of euros" from his bank account.

Everything changed when liquid ecstasy was found in the samples of the corpse. According to experts, this is a drug that takes away the willpower of those who use it and that, in larger doses, may cause death.

The police verified that one of his last decisions had been to meet at his home with another man he had met through a dating app for homosexuals.

After this discovery, the police began to work with the hypothesis that the alleged murderer drugged the victim to get his online banking passwords and credentials.

Three previous similar deaths had gone unnoticed: there were no signs of violence on the bodies and no indication of unnatural death was found in the homes of the deceased. But the results of new autopsies carried out on the victims confirmed that there were also traces of liquid ecstasy in them.

Following that lead, investigators began to find similarities to the three previous cases. The three other victims were all homosexual men with profiles on said dating application.

At the time of writing this post, the police have already identified a suspect, a man between 20 and 30 years of Colombian origin, who calls himself Carlos in his dating profiles.

I hope they find and arrest the killer as soon as possible, Spanish gay men are totally frightened and shocked.