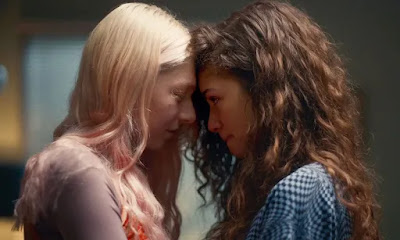 Five Republican senators have urged the TV Parental Guidelines Monitoring Board to update its ratings for certain children’s shows to include warnings about what they describe as “disturbing” LGBTQ content, namely “irreversible and harmful experimental treatments for mental disorders like gender dysphoria.”

Sens. Roger Marshall (R-Kan.), Mike Braun (R-Ind.), Kevin Cramer (R-N.D.), Steve Daines (R-Mont.), and Mike Lee (R-Utah) all signed the letter, which pushes for the PGMA’s rating system to incorporate warnings for LGBTQ content before lamenting how one Disney executive was recently quoted as saying she supports having “many, many many LGBTQ characters in our stories.”

“To the detriment of children, gender dysphoria has become sensationalized in the popular media and television with radical activists and entertainment companies,” the letter reads. “This radical and sexual sensation not only harms children, but also destabilizes and damages parental rights.”

The letter includes multiple mentions of Disney, which has been under assault from conservatives for speaking out against Florida’s new law that prohibits teachers in kindergarten through third grade from discussing sexual orientation or gender identity. The law also allows parents to sue over alleged violations.

“Sexual orientation and gender identity instruction often entails a discussion concerning an individual’s pattern of emotional, romantic, and sexual attraction,” the senators argue. “Parents all over the country have rightfully expressed outrage over its inclusion in the classroom.”

These Repubican senators sound like Putin's anti-gay propaganda law, why am I not surprised? 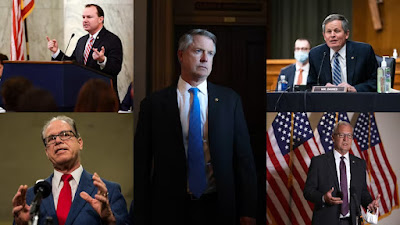 The 5 Republican senators who support this retrograde initiative