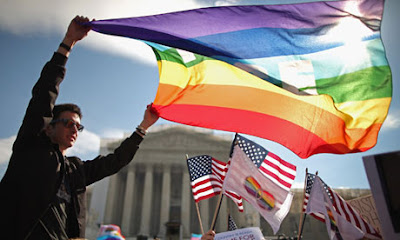 Delaware became the 11th state in U.S. to legalize same-sex marriage after a lengthy debate and the surprise votes of two lawmakers. The bill finally passed with 12 votes to 9 in favor of equality marriage, and Gov. Jack Markell signed the legislation into law on the main stairs in the lobby of Legislative Hall.

According to the law, Delawareans will be able to enter into same-sex marriages effective July 1. Besides, the law provides a mechanism for converting existing same-sex civil unions established in Delaware to marriages.

Delaware joins neighboring Maryland and the nearby District of Columbia as jurisdictions that have approved gay marriage. Remember that last week Rhode Island became the 10th state to allow gay marriage.

Minnesota and Illinois will be the next?